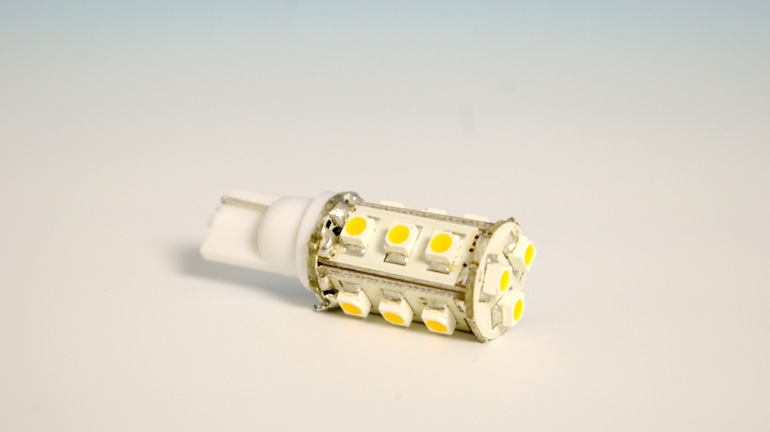 If your long-lasting LED bulb finally emitted its last light or your fixture just didn't include a bulb, you'll find what you need in this section. Check with us to see if any of these bulbs are right for upgrading your incandescent light to energy-efficient LED! 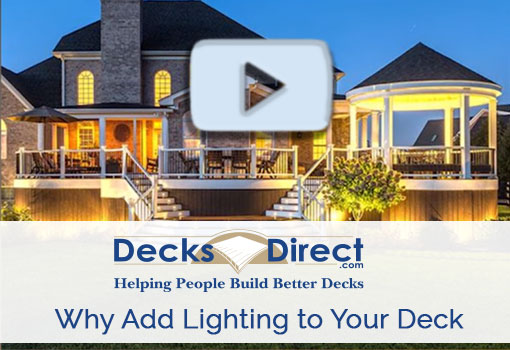 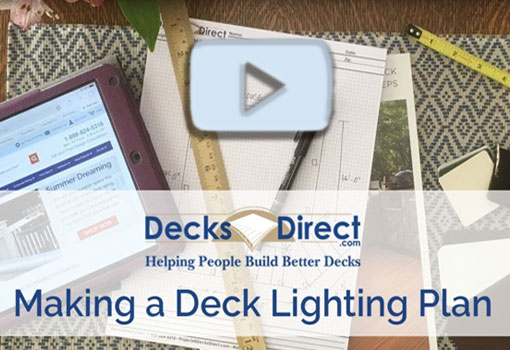 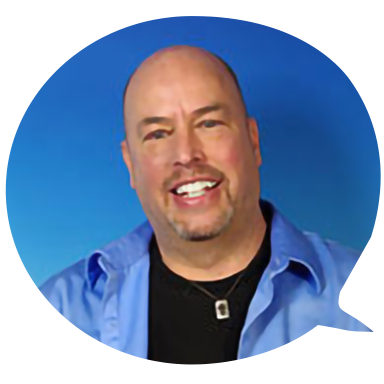 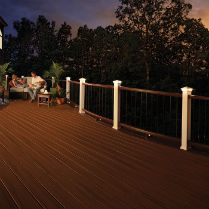 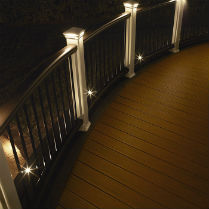 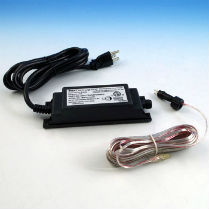 How to Hide Deck Lighting Wiring 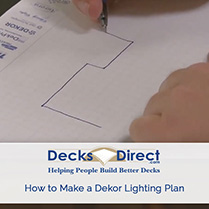 Learn How to Make A Deck Lighting Plan 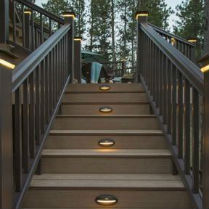 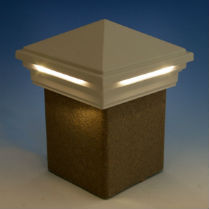 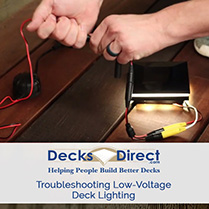 Having your outdoor living space illuminated well enough to use at night increases your ability to enjoy that space. Deck and rail lighting systems help accomplish this goal, and homeowners have been enjoying quiet time on their decks and porches for years thanks to these easy-to-install lighting systems. Today, however, the deck lighting systems of yesteryear have moved away from old, inefficient incandescent bulbs and have instead embraced LED light bulbs. Not only do these use less energy than an incandescent bulb, but LED lighting features different color temperature choices and has a much longer life expectancy as well.

That being said, even your long-lasting LED light bulb isn’t going to last forever. Eventually you’re going to need to replace that bulb with a fresh one. Likewise, you may be designing a LED lighting system for your deck and the fixtures you purchased may not include LED light bulbs. No matter where you stand, DecksDirect has the perfect selection of LED bulbs to match your deck’s color and design.

What Are the Best LED Bulbs to Use For Replacements?

Replacing old and tired LEDs might seem like a pretty complex task, but it doesn’t have to be that way. This is because your LED lighting system is designed to only accept a specific type of LED that’s been manufactured for your fixture. Unlike an incandescent light, LEDs aren’t interchangeable and don’t always have a standard screw thread that you would use in a typical light fixture. The LEDs that do have this standard feature are instead typically used inside the home in spaces such as living rooms, kitchen, and bedrooms.

This means that the “best” replacement LED is typically the one that will fit in your deck lighting fixture. This doesn’t mean that there aren’t different options, as you can often choose LEDs with different color temperatures. If you’re looking for a cooler, more blue-toned look or a warmer, more yellow one is as simple as choosing LEDs with the right color temp!

Other Things to Consider for LED Lighting

If you’re designing a new LED-powered deck lighting system, converting incandescents to LEDs, or simply replacing old LEDs with newer and more efficient ones, there’s plenty to consider besides whether they’ll fit in your fixture and they’ll give off the right hue. Power consumption is another important thing to consider, and while LEDs are much more energy efficient than incandescents, they can still add to your electric bill over time. One highly-popular option is to supplement your deck lights with solar charging units built into railing post caps that can be wired to your lighting system. DecksDirect is proud to also offer these solar units if you need to replace them alongside your LEDs.

DecksDirect: Your Home for All Things Deck Lighting

From LEDs and solar units to support in planning an entire lighting system from the ground up, DecksDirect has exactly what you need. From detailed instructional videos and on-site live chat support to email and phone advice given out by our skilled expert staff, we’ve got you covered. Choose DecksDirect today and see how we can help you turn your deck into the dazzling LED-lit outdoor space of your dreams!