Deck Design by Style of House

Deck Design by Style of House

One of most common questions asked by new homeowners, DIY deck builders, or contractors looking to add a new outdoor space to a home is, "What deck design works with my home?

This is a big decision that can affect your budget and time allotment, as well as affect the general atmosphere of both your home and outdoor living space. The good news is that there are tons of architectural styles and notes that you can look for when designing your home's outdoor space! Read more below on the best deck design ideas for the most popular architectural styles throughout the US. 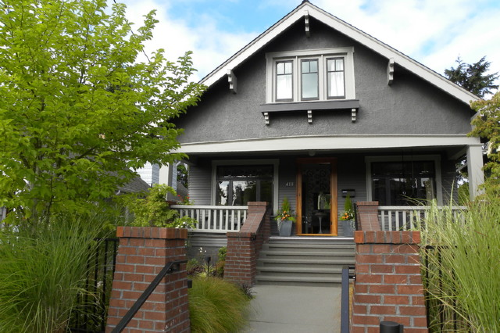 Easily one of the most popular designs in America, The Craftsman style of home was created in response to the mass-produced goods and buildings that emerged after the Industrial Revolution; they began appearing in the last years of the 19th century and remained popular well into the 1930s and beyond.

The Craftsman architectural movement wanted to emphasize hand-crafted goods and ideas and return a true value to the idea of human labor and imagination. Focusing on simplicity in its form, the use of local materials and reliable construction; the Craftsman style aimed to return to uniquely crafted and decorated surfaces that express creativity.

We recommend sticking with deck railing colors that are similar to your home's trim colors and tones. This will underscore the feel of your outdoor space and highlight your home. Choose a more minimalistic railing that doesn't obscure your deck's view such as a cable railing system or a simple aluminum deck railing system. Some choices include Feeney CableRail for Wood Posts or the Deckorators ALX Classic railing system. 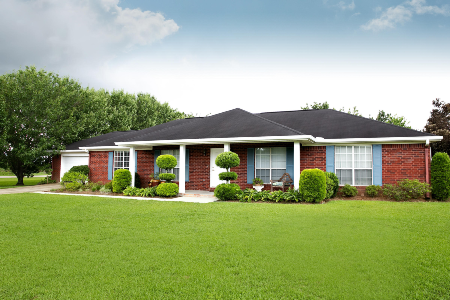 Originating in rural areas of the Southwest and Western regions of America during the second half of the 20th century, Ranch style of homes can now be found in every neighborhood of the US today. Generally built for soldiers returning home from the war, this style blended modern architecture ideas with stylings from the American Western era to create an informal and casual living space.

While this structural design was started to accommodate the booming middle-class in the post-war era, it gained new interest decades later in the 1980s and 1990s. A younger generation was increasingly wanting to build this type of home, however, with more contemporary features. Varying rooflines, sunken living rooms, and cathedral ceilings have made this style of home become more popular than ever before throughout the nation.

The architectural style of Ranch houses bring the eyes to various levels of the house when viewed from the deck. For this style of home, choose a deck design that draws attention but doesn't steal the show. Don't try to contrast a color, but rather bring out a lesser seen color in your home. A metal deck railing system or a straightforward composite deck railing line can draw attention to your home's outdoor space without overpowering. 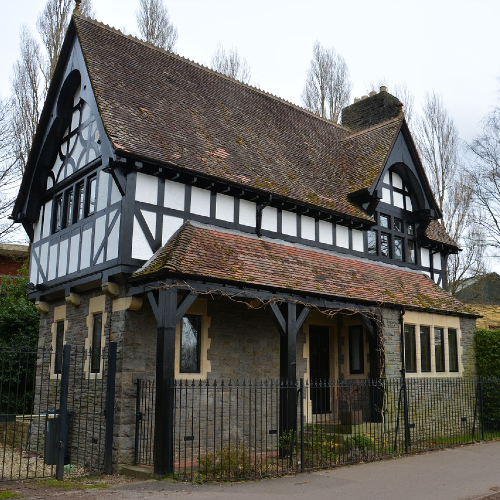 Emerging late in the 19th century, around the same period as that of the Craftsman style, the Tudor architectural movement also rejected mass-production of goods and drew on simple designs. Reminiscent of cozy European cottages, the Tudor Revival style of home was a popular choice in the colder Northeast and Midwest regions of the United States up until the late 1930s.

The Tudor model resurfaced as a popular style again throughout the 1970s and 1980s as residential aimed to be more minimalistic yet large and unique. With elaborate layouts, a solid stone and masonry foundation, and a mix of neutral browns, reds and white tones; the Tudor style delivers an old-world charm with great appeal.

The Tudor architectural style of home features strong vertical line that draw the eyes upward and accentuate the height of a home. Generally made from rich brown tones and light tan siding, Tudor style houses benefit from a deck design that expands the outdoor space horizontally to balance out the view. Stay away from wood deck railing designs as they don't tend to mesh with your home's look, rather choose a strong material in a simple color. 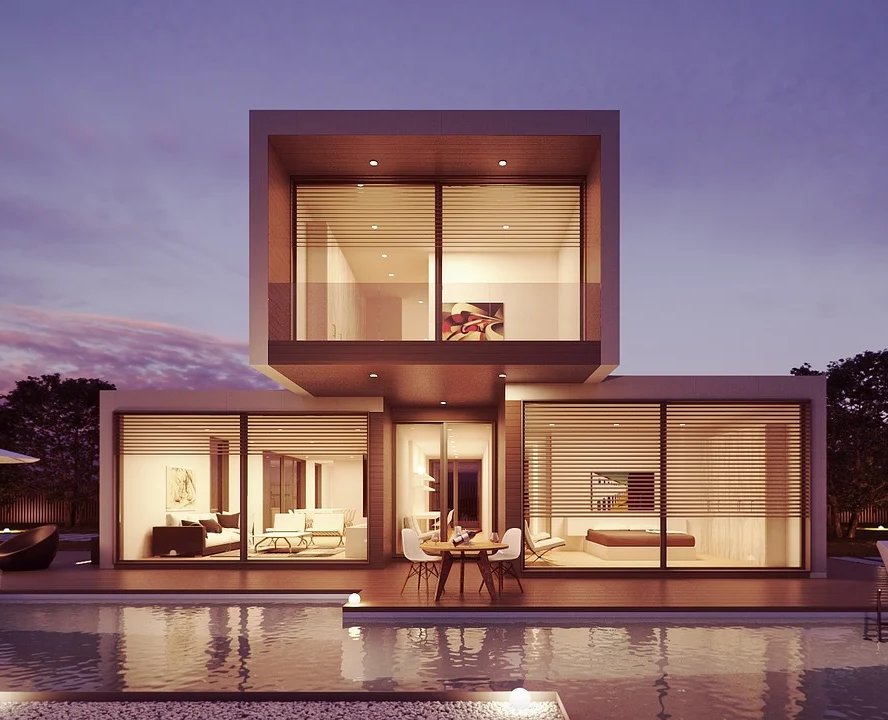 First appearing on the American landscape in the mid 20th century, Modern homes are distinctly recognizable for their clean lines and minimalistic design. Drawing from a wide range of architectural influences from around the world, modern or contemporary style homes tend to blend a variety of building materials together to create a completely singular building.

Generally, contemporary homes focus on creating a connection to the nature surrounding it as well as sustainability. With this architectural style, homeowners are able to pick and choose the characteristics they love for a truly individualistic home. Featuring austere lines and little to no ornate decoration, modern homes create a one-of-a-kind space that is facing forward to the future of architectural style.

The striking appeal of modern designed homes helps the house itself appear to stand out amongst the nature of its surroundings. Due to this visual appeal, the best deck designs for modern homes are simple, one-level, and generally quite expansive. Modern homes tend to work outward rather vertically, so remaining within that style will emphasize the space.

We recommend choosing a deck railing look that uses universal tones such as stainless steel posts or a versatile black rail color as not to steal away from the futuristic look of the space. Choices include the Skyline Cable Railing line or the InvisiRail Glass railing system. 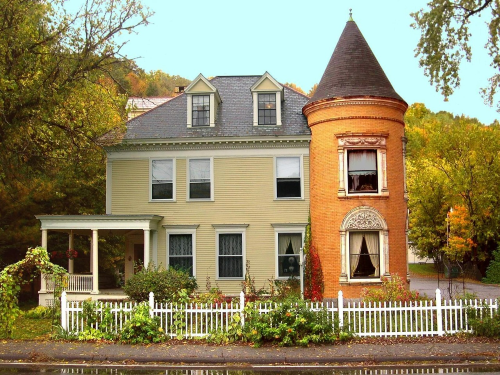 The American colonial architectural style began at the beginning of the 17th century as colonists started creating settlements along the Eastern seaboard. Since then, homes across the United States have been built in their image to imitate the grandeur and reflect on nostalgia of that era. Traditional and very symmetrical, Colonial and Colonial Revival style homes are typically rectangular or square-shaped with evenly spaced sections.

Generally consisting of a straightforward two-story building, Colonial style dwellings will often feature a small, covered porch, at the entryway supported by columns or pilasters. Building materials typically consist of stone, brick, or classic clapboard siding, however, these materials are rarely blended together instead used singularly. Due to its incredibly simple style, many Colonial homes have added colored double-sided shutters to give a touch of detail.

Colonial homes are designed to deliver the feeling and appeal of grandeur and large spaces. Due to this house design, it's recommended to create an accompanying large outdoor space to complement the home. Choose a deck design with various levels and different sitting areas to bring out the best in your colonial home's architectural style.

It's always a solid choice to choose a bright, white finish for your deck railing design when working with a colonial home. Choose a deck railing system with broad, substantial posts and a strong, noticeable railing infill. Typically homeowners choose a vinyl railing system or composite railing system to emphasize the largeness of their home. Choices include the many styles of the Durables Vinyl Railing brand or classic Trex Select railing brand.

Browse more deck design and railing style notes to upgrade your backyard space and deck in the DecksDirect Railing Style Guide. The easiest way to learn if your home is more suited for a classic aluminum deck railing or a strong, composite railing line.

The more you know, the better your deck and backyard projects will be! Whether you're looking at a brand new start or a fresh end-of-season deck renovation, give our deck designers a call at 1-888-824-5316 or send us an email at hello@decksdirect.com. Our deck experts will help you get the information, products, and tools you need for a gorgeous deck that you created and designed!